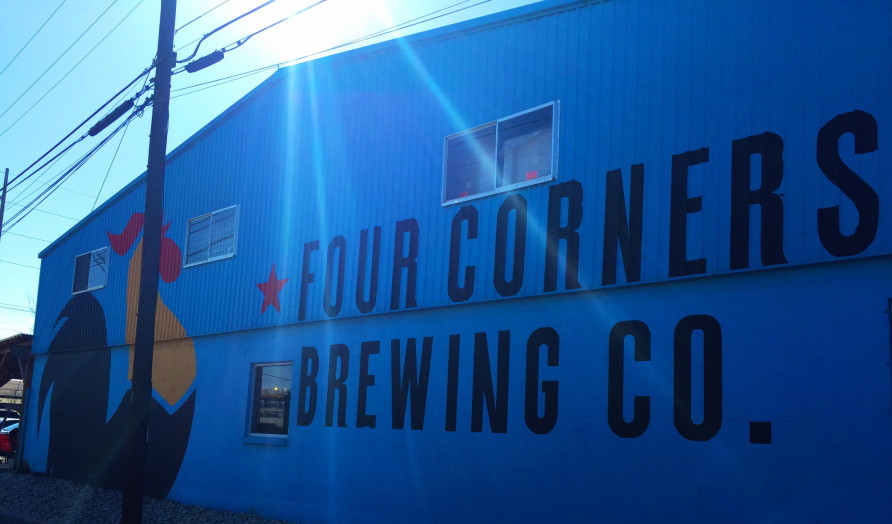 We collected the kids and traveled west to FCBC in Trinity Groves.

Sure enough, there was Jon, set up with one of his chefs shucking DuxBury oysters. We grabbed ourselves a pint, a half dozen and sat down for a little fun in the sun. 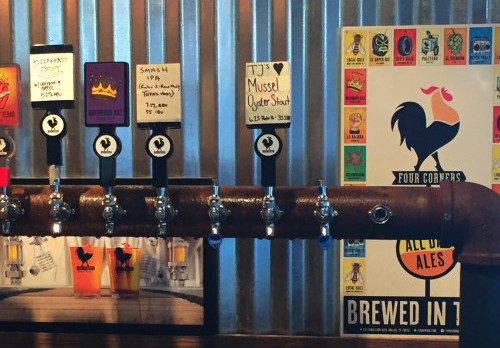 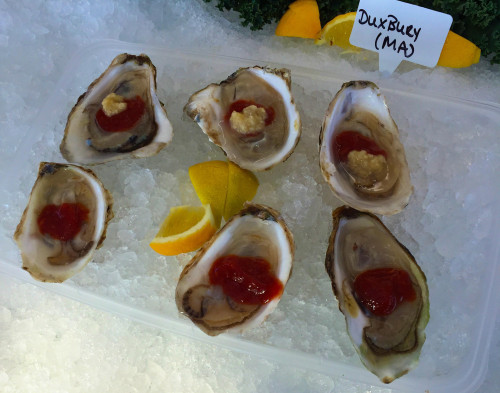 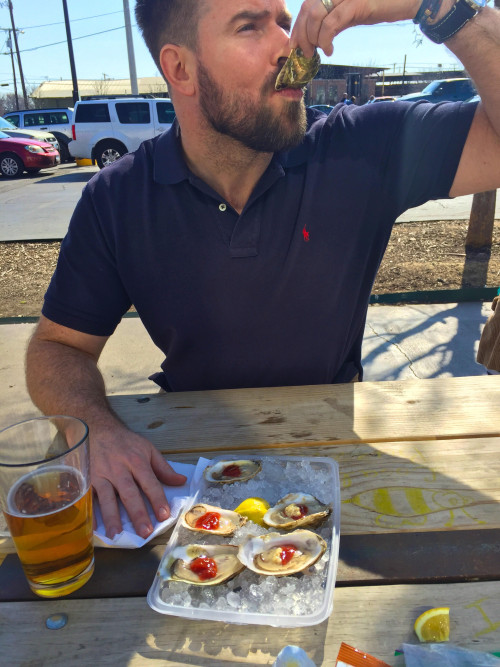 The oysters were great (but we knew they would be; this is TJ’s!) and the beer didn’t disappoint. As Jon said about the taste, “the right amount of salt really brings all the flavors together”. He was right. Salty, rich and paired with Massachusetts’ best, it made for a great afternoon.

If you didn’t get a chance to try some, follow TJ’s and keep your eyes out for the next time it’s available.

I had never been to Four Corners Brewery Co. for the simple fact that I never had a reason to go there. I do drink their beer (Local Buzz is the best pool beer) but do I need to take a tour? If you’re not going to tour, do you want to hang out at a brewery?

Yes, you want to hang out at FCBC. Not only did #hotwife and I have a solid time sitting outside at a super long picnic bench with great beer and oysters on a 70 degree Dallas February Saturday, but the kids had a ball. 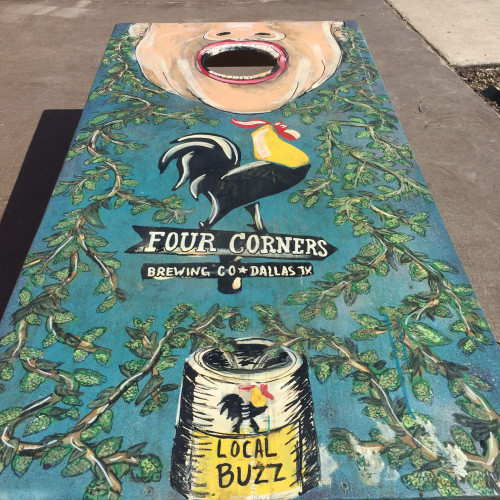 There are places for them to run around while not getting into too much trouble. Fun outdoor games like cornhole and ring-on-a-string (AKA Bimini) kept the 4-year-old at bay and the 16-month-old just stammered around trying to drink beer (like his daddy).

It might not fill a full afternoon with young ones, but we’ll totally add it to our weekend stops.

[UPDATE] Eater Dallas and The Dallas Morning News report that “Four Corners Brewing Company, one of Trinity Groves’ first-ever residents, has officially outgrown its original home. On Sunday, it was revealed that Four Corners will move to a new two-acre lot in The Cedars District, citing space concerns and the neighborhood’s rapid growth. No official timeline has been announced for the move.”